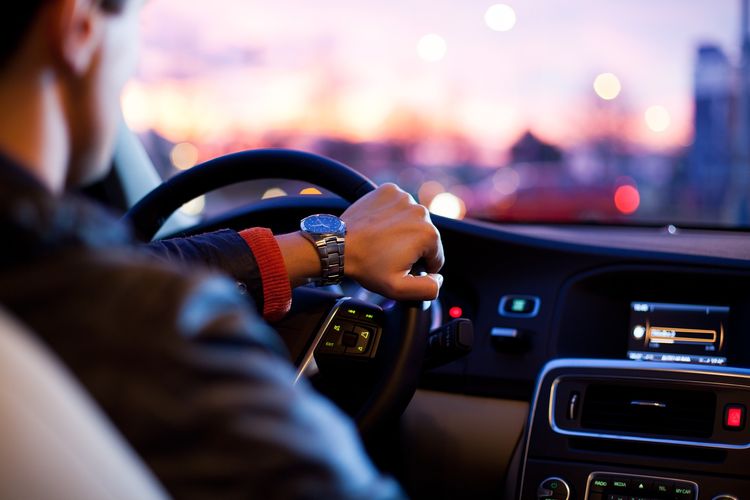 More and more carmakers offer additional functions in the on-board electronics on a subscription basis (so-called "Functions on Demand"), i.e. additional digital offers that can be booked on top of the basic configuration of the vehicle.

Our representative online survey, conducted amongst 1,000 Germans, found that German car drivers are generally very open to this kind of business model. Only in the age group over 60 "Functions on Demand" are rejected by a majority. In contrast, only 30% of young drivers under 30 are not prepared to spend money on additional functions on a regular basis. 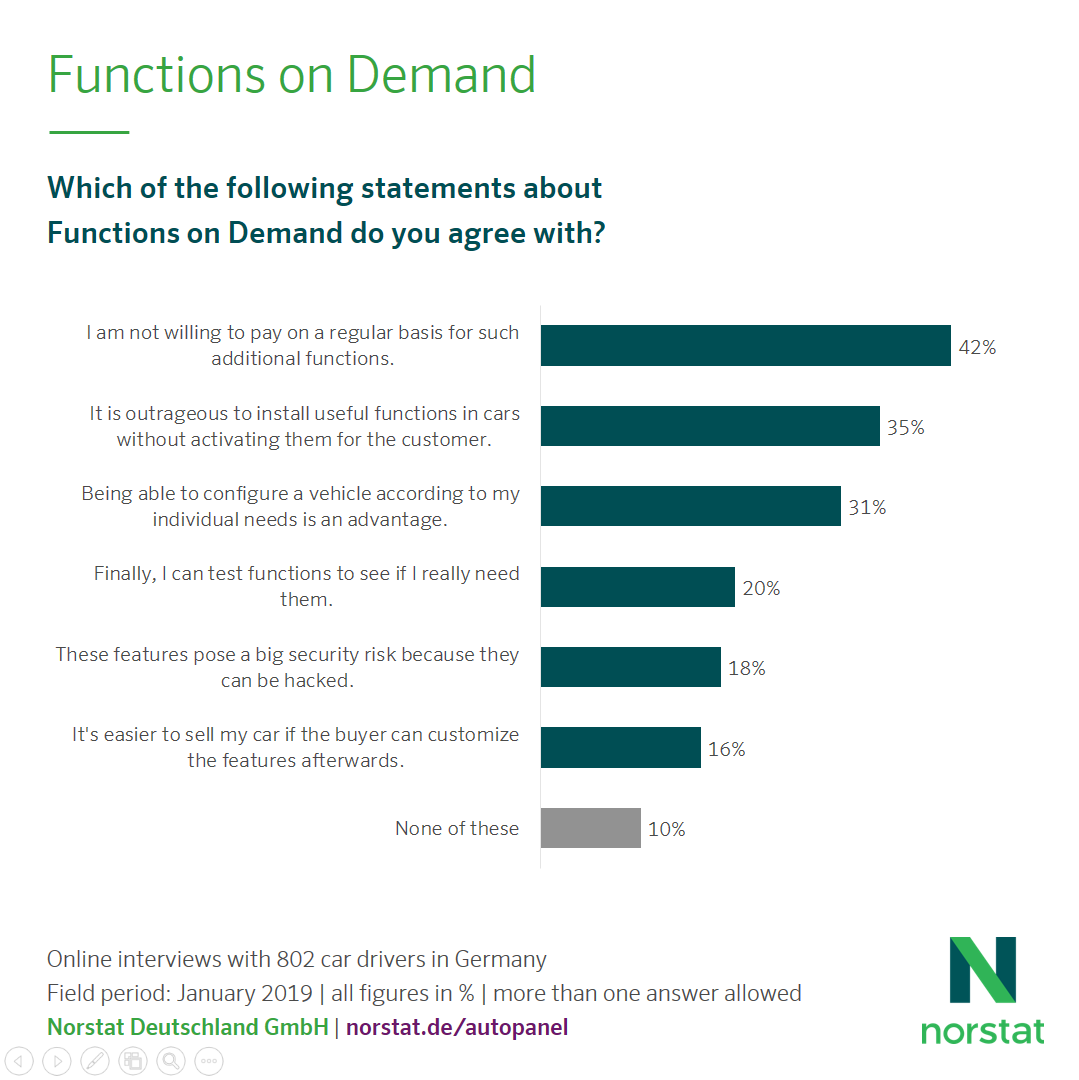 The fact that a car can be configured according to individual needs is seen as a major advantage. Three out of ten respondents agree with this statement; among respondents under the age of 30 it is even four out of ten drivers. Other advantages mentioned include the ability to test functions and the easier resale of a vehicle. 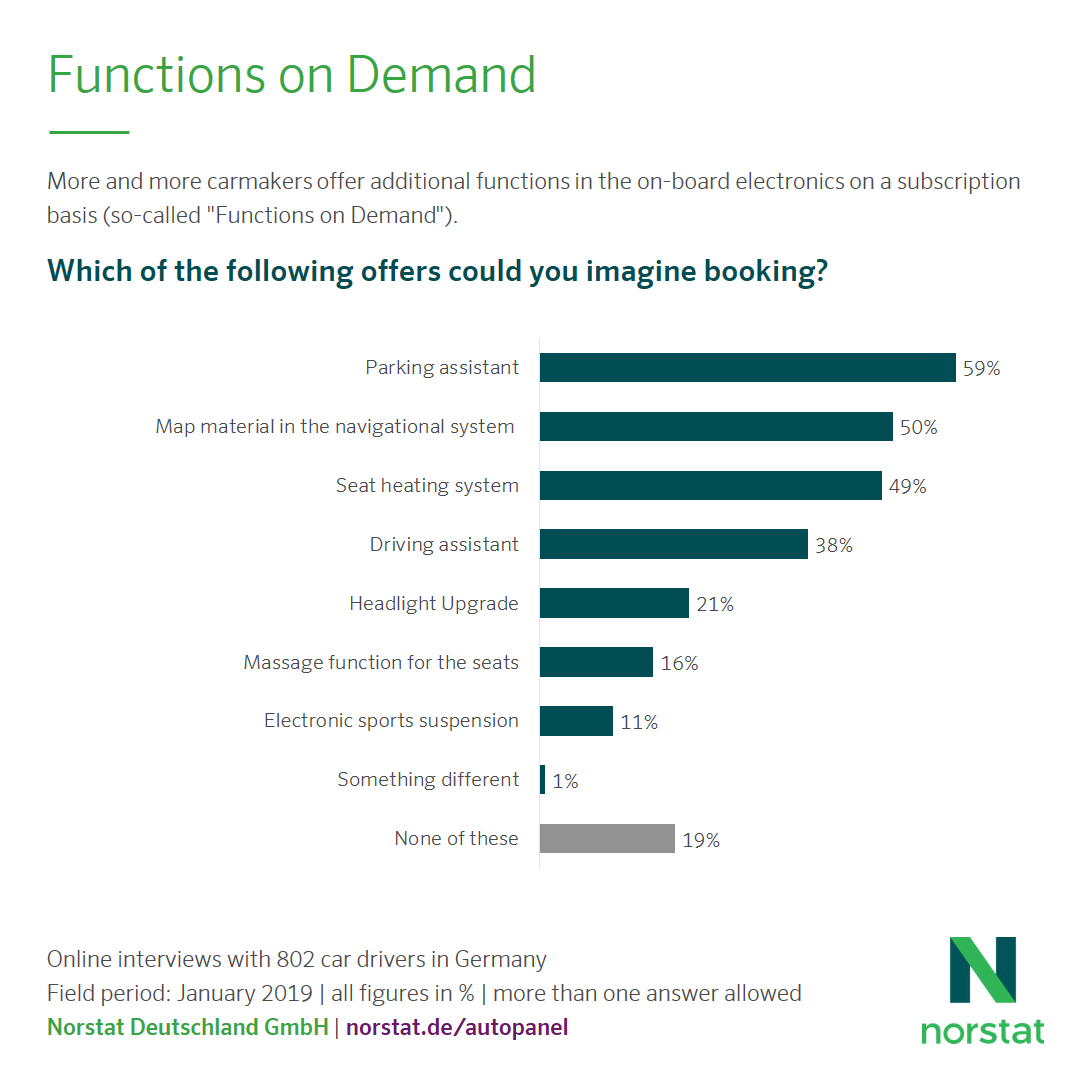 "We also see indications in the data that users of company cars and pool cars in particular want flexible booking of functions on demand," says Marc Leimann, Managing Director of Norstat Germany. "However, for dependable conclusions, we have to carry out further investigations in this target group with our car panel". 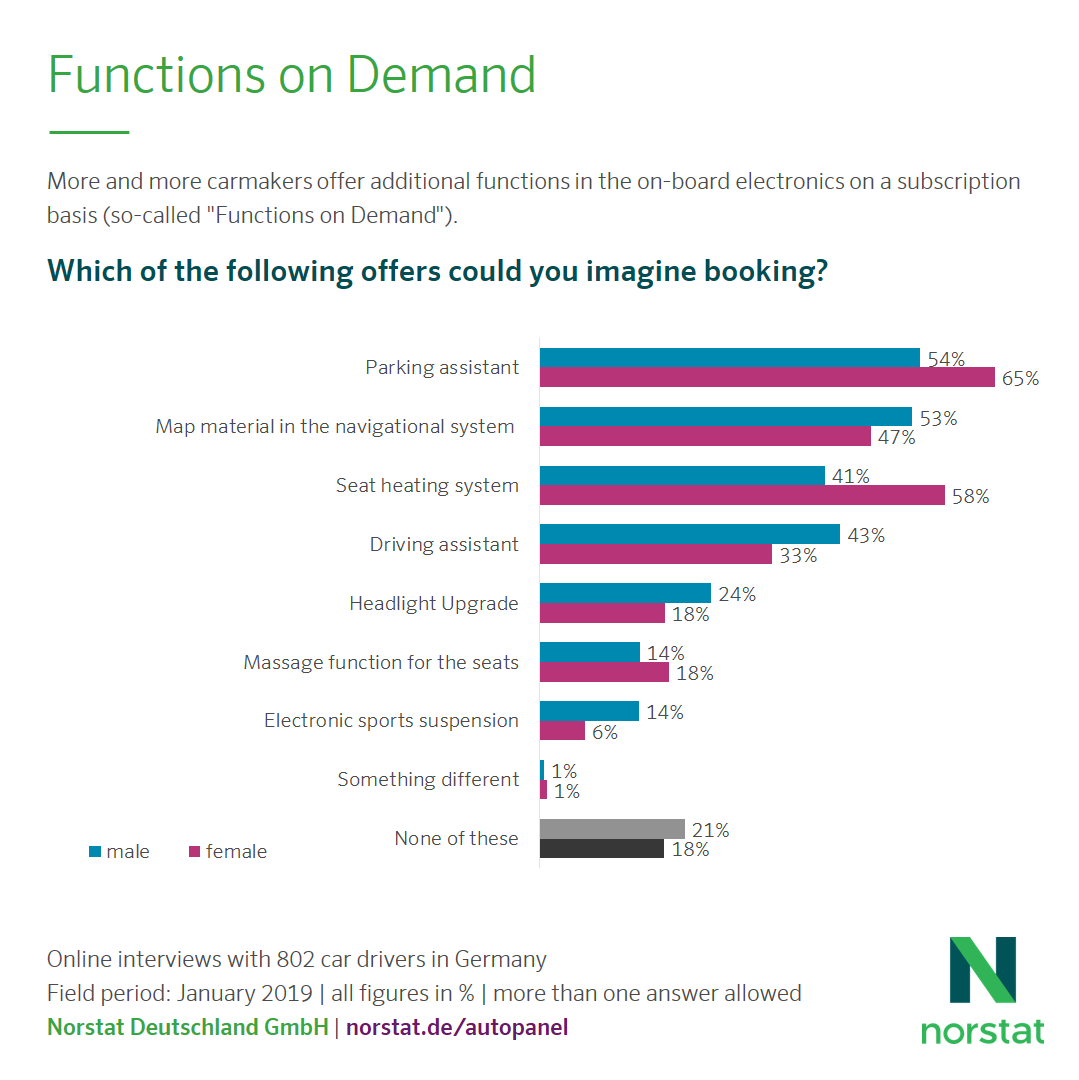 The clear No. 1 among features on demand is the parking assistant with almost 60% approval. This is followed by additional map material in the navigational system (50%) and seat heating systems (49%). When looking at the differences between genders, it becomes apparent that old prejudices seem to be confirmed by the study. Women in particular would like further help with parking (65%), closely followed by more comfort when driving thanks to seat heating (58%). In contrast, only 33% of women see the need for driving assistants. This need is much more pronounced among men: Almost half of the men (43%) would book this function.

"To put it provocatively, a male driver seems to think he is the better individual to park a car, while German female drivers drive better and therefore have less need for driving assistance systems", concludes Marc Leimann with a smile.

View all Posts by Marc Leimann